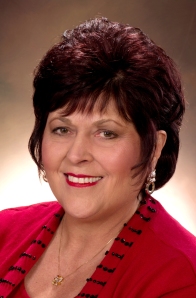 Today’s post comes from an author who has quickly become one of my favorite–Nikki Arana. Her recent novel, the Next Target, kept me up many nights. Not just because I wanted to keep reading, but also because once I set the book down, my heart continued to race. But more than that, her novel stirred my heart and challenged me to take my faith–my call–seriously.

If you haven’t read the Next Target, I strongly suggest you do. (Read my review here. Scroll down. There are two reviews posted and mine is the second one.) It’s a novel about determined, love-driven missions; about overcoming seemingly insurmountable odds; and surrendering fully to the call of Christ.

Nikki’s giving away a free copy of The Next Target to one lucky reader. To be entered in the drawing, leave a comment or tweet or FB share the link to this post then shoot me an email to let me know you did. And after you read it, let me know what you thought! I’d love to chat with you about this fabulous novel!

Today Nikki Arana, a woman passionate about Christ and reaching out to the Muslim community, shares some of her own struggles and what she’s learned through them as she seeks to follow God’s calling with all that is in her.

I’m an author and sometimes I need words.

And Wednesday morning I needed encouraging words. You see I have been under constant attack for months. And I know why. It’s because God is prospering my ministry, A Voice for the Persecuted. I help Muslims who have converted to Christianity and are under the threat of death. Because of that Satan wages war against me, my family, my finances, and on and on. This morning was really no different than a hundred other mornings. But this morning I was tired. A lot is going on in my life, my mother just suffered a massive stroke, my father is in heart failure, we’ve had no income since last November. A glitch on Amazon that stopped my book promotion from beginning today sent me in a downward spiral. And for just a moment I forgot something . . .

I’ll start with when I learned of the problem. It was 4am. I got up to see if my novel The Winds of Sonoma was free on Kindle for the book giveaway promotion I have worked on for weeks. Blogs were set up, articles written, over 40 people involved in different aspects of the promotion. But the book wasn’t showing free! For whatever reason the promotion program had not initiated. After working with Amazon it was fixed, but to start tomorrow. I had to contact everyone involved with the change and they had to change all their pieces of the promotion. When I finally had all that done I took my hands off the key board, closed my eyes and asked God why. Why do You allow me to be attacked? Always in areas I have no control over. (As if we have control over anything!) Then, literally, as I opened my eyes, He answered.

Because I was in front of the computer screen, I saw the Oswald Chambers widget right on my own website. I’d been on the site trying to solve the problem. The title for Oswald’s devotion today was: The Habit of Rising to the Occasion. I clicked on it. And read:

God is the Master Designer, and He allows adversities into your life to see if you can jump over them properly—”By my God I can leap over a wall” (Psalm 18:29). God will never shield you from the requirements of being His son or daughter. First Peter 4:12  says, “Beloved, do not think it strange concerning the fiery trial which is to try you, as though some strange thing happened to you . . . .” Rise to the occasion—do what the trial demands of you. It does not matter how much it hurts as long as it gives God the opportunity to manifest the life of Jesus in your body.

You can imagine how my eyes widened as I read. How is it that when the topics for My Utmost for His Highest were chosen that that is the one for this day in my life? Look at that first sentence. It doesn’t just kind of fit the question I asked of God just moments before. It is a direct, specific answer that couldn’t have been better worded if God and I were having a conversation in my office . . .

That brings me back to what I mentioned in that first paragraph. Reading that Oswald Chamber post made me realize that for a moment I had forgotten something. God is in control of my life. I gave it to Him. We were having a conversation in my office. And as I reread those words of wisdom, I couldn’t help but think of how God knew about that Wednesday morning before the foundations of the earth were laid. He is in control of everything and everything from God is good. I didn’t say everything that’s good comes from God. That is a very different statement. EVERYTHING from God is good. Even glitches and delays in book promotions. They are good because of all the things the verses noted above say. God is the master designer. With Him I can leap over every wall. I can rise to the occasion. And I can praise Him for the trials because they give Him opportunity to manifest the life of Jesus in my body. The words of James come to now. “Count it all joy when you fall into various trials.” Yes, I can do that today. Today I have the joy of the Lord. 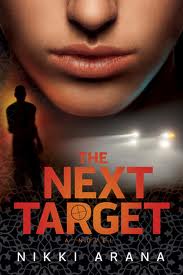 Would You Share Your Faith If It Would Cost You Your Life?

It only took one bullet. Austia’s friend and student fell dead. And with a glimpse of a newspaper headline, the young and recently widowed Austia knows more about what happened than the police. From that fatal night, Austia’s secret outreach to the U.S. Muslim community—in the guise of English language classes—becomes a target. Local Muslim extremists set their sights on ending her ministry and even her life. And the women she ministers to will be next.

A thick web of deceit closes in around Austia, and her circle of friends becomes smaller by the day, even as she finally opens herself to the idea of falling in love again. But who can she trust? Facing a spiritual battle that proves more treacherous than it at first seemed, Austia’s convictions are tested to their limits and her heart becomes primed for breaking. She must ask herself: how much she will risk to stay true to her herself, her faith, and to the lives of the women she serves?

Nikki Arana is an award-winning author of suspense, women’s fiction, essays, poetry, and magazine articles whose work has been published in the United States and Canada. She has won several national awards, including The Carol Award – twice, and the Beacon Award. Her book, The Winds of Sonoma was named One of the Top 20 Books of the Year by Christianbook.com.Nikki is also the recipient of the Excellence in Media Silver Angel Award. All of her books deal with social, political, and spiritual issues that confront society today. She is an experienced speaker and has presented numerous, highly successful workshops on the craft of writing. Nikki also serves persecuted Christians who are under the threat of death through her ministry, A Voice for the Persecuted. Her newest release, The Next Target, was inspired by her ministry. You can visit her website here: www.NikkiArana.com or connect with her on her blog: www.nikkiarana.com/blog  or as Nikki Arana, Author on Facebook.

And here’s my question to you — Would you share your faith if it cost you your job, your friends … your life? Today at Living by Grace, we’re talking about that very thing.
Let’s talk about this!

Join us at Living by Grace as we talk about counting the costs.

My friend was struggling. She’d been hurt deeply, unjustly, and by someone she’d once been close to. Worse, past experience told her this individual wouldn’t likely handle the situation in a godly manner. Rather, she’d spew her anger and her slanted representation to all who would listen. My friend worried her social group and faith […]