I’ve been on both sides of today’s topic. I’ve self-destructed myself to the streets of Tacoma, and I’ve also grieved the self-destruction of those I care for. Having experienced the pain and utter hopelessness rebellion causes and the freedom found in surrender deeply impacts how I pray, speak, and act. I want to do something, and yet, though there are countless ways to reveal Christ each day, in this spiritual battle over hearts and lives, I often feel powerless and ineffective.

But Scripture promises the opposite. As my guest today reminds us, there’s something we can always do, whether near or far, that has the capacity to change lives for all eternity. (James 5:16)

When Our Loved Ones Self-Destruct by Linda Samaritoni

Have you ever known someone who walked away from God? Maybe a colossal disappointment shattered their world, and they assumed if God allowed such a thing to happen, then He didn’t really care about them. Maybe temptation overcame them, and they blamed God for not preventing their headlong charge into sin. Maybe… Well, there are millions of possible maybes.

What happens to those individuals who remain separated from Christ?

For many, stepping away from faith feels like a relief—at first. Even in their misery, they welcome the release of pressure, similar to ratcheting down a steam valve before the pipes blow.

Such pressure is self-induced. In a performance-driven society, people often fall into the trap that 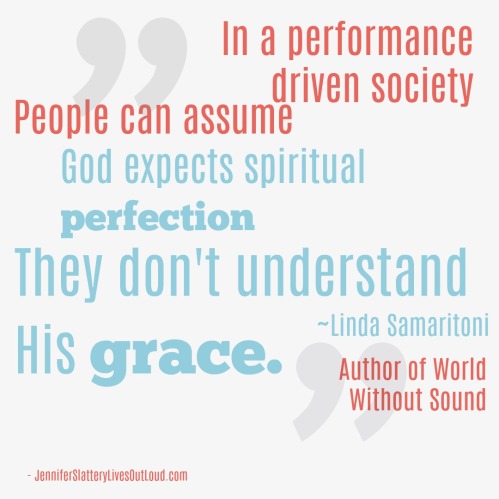 God is expecting them to succeed at an A+ level. They don’t understand His grace. They don’t trust this grim deity who takes note of every mistake. Once they withdraw, the burdens of their own making ease off. No more straining to “be good.” No further obligations to “do good.” Since they’d already proven themselves way short in every category of life, why not abandon efforts to please God?

Before those individuals decided to turn away, they chose to keep a death grip on their lives, not allowing God to control the pressure valve. They added more weight to God’s expectations. They kept spinning the wheel harder and harder to the right, edging into the red zone until the pounds per square inch became unbearable.

I’ve agonized over a dear friend for years. He felt betrayed because God didn’t say “yes” to his one big prayer. He had worked for a positive answer. He had tithed, taught Sunday school, attended church every week, and led a Bible study.

Instead of seeking his Father in the midst of disappointment, he marched in the opposite direction, jerking that wheel farther to the right. He would never ask God for a thing ever again. A wrench of the wheel. He would do as he wished since no amount of work met with God’s approval. Wrench.

At first, he enjoyed the release from assumed church pressures and any obligations to join us in prayer or Bible study. He turned his back on the guilt resulting from his sin against God and others.

His relief was short-lived. Since he’s not on speaking terms with God, life is terrifying, yet he remains tied to performance-based objectives as a way of life. He knows every one of his character flaws, and nothing he does will ever be adequate.

These days, shame drums endlessly like a nagging headache, and he has no resources to assuage it. He won’t call on God for help. He refuses to take his hands off the controls as the needle on the gauge trembles further into the red zone.

Ultimately, the freedom to please self turns sour. God’s beckoning hand either draws the person to eternal refuge or the individual resists Him and spirals downward into hopelessness and poverty of soul. 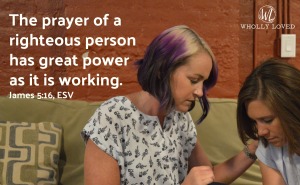 What can we do for our loved ones head toward self-destruction? We model Jesus. We pray. And we pray, and we pray. If only they would turn that wheel in the opposite direction—toward the Lord!

God doesn’t give up on His children, and we shouldn’t either.

Jesus knows the perfect time to intervene and lift the crushing constraints, sending the dial below the red zone. Only He can release the pressure and bring our friends and loved ones to freedom.

Let’s talk about this! Is someone you care about self-destructing? Have you felt powerless as you’ve watched them head toward a spiritual or emotional train wreck? Did anything in Linda’s post give you hope? Or maybe you have a miracle story regarding someone you’ve prayed for over the years. Share your stories, examples, and suggestions with us in the comments below, because in this area, I’m pretty sure we could all use the encouragement!

Before you go, make sure you sign up for my free quarterly newsletter to receive great, inspirational, and entertaining content sent directly to your inbox. The next edition releases at the end of this month. You can subscribe HERE.

You may also enjoy my latest article on Crosswalk, 10 Things We Can Learn From the Adulterous Woman.

Get to Know Linda

Linda Sammaritan assumed she’d teach middle-graders until school authorities presented her with a retirement wheelchair at the overripe age of eighty-five, but God cut those plans short by a couple of decades when He gave her a growing passion for writing fiction. After blowing goodbye kisses to her students, she now dedicates her work hours to learning the craft. Every once in a while, though, she finds her way back to school so she can teach creative writing workshops. She is currently working on a middle grade trilogy, World Without Sound, based on her own experiences growing up with a deaf sister.