Chronic illness, disease, and long-term injuries are an incredible burden for the one experiencing them. Sometimes, so much so that we forget to care for our caregiver. Today, my guest, Kelly Irvin, shares her perspective on what caring for her own caregiver–her spouse–looks like and why it’s important.

The Gift of Respite
by Kelly Irvin

My husband recently bought a 2016 Charger with a Hemi. You’re thinking, “What does this have to do with anything other than debt management or the lack thereof?” It has to do with the fact that he has learned in the last year that his wife has a chronic degenerative 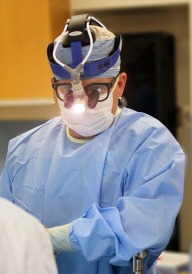 disease and a life-threatening disease. He’s been suckered by a one-two punch and he’s reeling. Yet, he’s still standing.

In October 2014 I had spinal fusion surgery to correct severe scoliosis. In November 2015 I received the diagnosis of primary lateral sclerosis. In January 2016 an oncologist informed me—us—I have Stage 4 ovarian cancer.

Through it all, my husband has rolled with the punches, at times serving more as a caregiver than a husband. When I thanked him, he said this was where the “in sickness and in health” vow came in. When I found out about the PLS—which eventually results in use of a wheelchair and sometimes the inability to use arms and to talk—he said, “If I have to carry you, I will.”

He has sat by my side waiting for biopsies and scans to be done and again when the results were shared. Work from home became work from the hospital during the early rounds of chemotherapy.

He does the laundry, the grocery shopping, takes out the trash, changes the litter box and cooks. In addition to all the chores he did before. He takes care of the finances and deals with insurance. And he works full time.

For twenty-eight years, I did most of those chores, worked full-time, and took the lion’s share of child-raising duties. The weight has shifted and it has changed our relationship. It can’t not change it. Our love has changed in this new season in our lives and our marriage.

When he called me to say he was picking up our son to go car shopping, I said okay. Did I

think it was a great idea, given my retirement and my uncertain future? I didn’t. But I also know my husband. He did his research and made financially sound decisions.  He drives an hour to work each way so that I don’t have to move away from my church family. Driving in a car that feels good under him relieves some of the stress of dealing with massively congested traffic five days a week. For a minute he’s not thinking about chemo and hair loss and CT scans and what a murky future will bring.

So when he asks if I mind if he goes out with his friends on Saturday night to shoot pool, I don’t hesitate. Go, enjoy, be silly, tell jokes, rib each other, live in the moment. I know he’ll come home to me.

Caregivers need respite. Give your spouse that gift. Sometimes that respite comes in the form of a trip to the outlet malls or a paint night or scrapbooking event. Sometimes it’s a hunting or fishing trip or a basketball game. Sometimes it comes in a night of racking

them up and sinking the eight ball. Sometimes it’s blowing smoke about being able to do zero to fifty in sixty seconds (something I’ve specifically forbade him to do!). Whatever it is, if you’re a caregiver, find it. Turn tomorrow over to a gracious, caring God. These light and momentary troubles are achieving for us an eternal glory that far outweighs them all. Health challenges change our relationships with our spouses—making them deeper and stronger. I find joy in that. I hope you do too.

Rebekah Lantz feels betrayed and abandoned. Tobias Byler is bound by regret. Can two young runaways from a world away teach them the healing power of a true family?

Rebekah isn’t like her sister Leila, but no one seems to believe that. Ever since Leila made a decision that has haunted her family and their small Amish community, Rebekah has been held to a higher standard under her mother’s watchful eye. Boys avoid her. She simply longs for the chance to be a wife and mother like the other girls.

Tobias Byler only wants to escape feelings for a woman he knows he should never have allowed to get close to him. Moving with his family to isolated Bee County, Texas, seemed the best way to leave his mistakes behind. But even a move across the country can’t stop the past from accompanying his every thought.

A surprise encounter with two half-starved runaway children forces both Rebekah and Tobias to turn their focus on others far more desperate.

In doing so, they discover the key to forgetting the past may open the door to the love and the future they both seek.

Kelly Irvin is the author of The Saddle Maker’s Son, the third novel in the Amish of Bee County series from Zondervan/HarperCollins. It follows The Beekeeper’s Son, which received a starred review from Publisher’s Weekly, calling it “a delicately woven masterpiece.” She is also the author of the Bliss Creek Amish series and the New Hope Amish series, both from Harvest Housing. She has also penned two romantic suspense novels, A Deadly Wilderness and No Child of Mine.

A former newspaper reporter and public relations professional, Kelly is married to photographer Tim Irvin. They have two children, two grandchildren, and two cats. In her spare time, she likes to read books by her favorite authors.

Let’s talk about this: We heard from Kelly about how difficult it is for the spouse of a chronically ill person, and how that spouse needs to be supported. Do you have a caregiver for yourself? If so, how do you support that person? If you don’t have a caregiver, do you know one you might be able to support by offering some respite? What are some ways you find respite in God? Share your thoughts and ideas in the comments below or over at Living by Grace. We can all learn from one another!