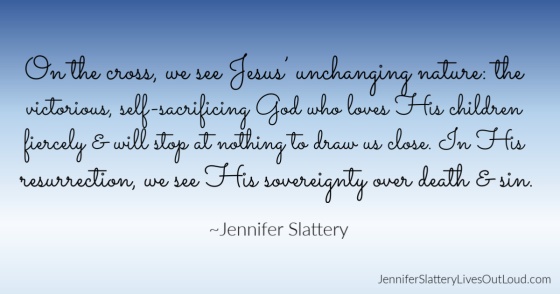 We’ve all encountered someone who later turned out to be much different than we originally thought. Maybe they presented as the perfect, compassionate friend only to turn on us when we didn’t meet their expectations. Or perhaps the opposite occurred and we assumed someone was shallow or selfish or irresponsible, only to discover, when life became hard, they showed themselves to be steady, present, and unshakable.

It’s so easy to misjudge someone and assign selfish motives or ill intent. For years, I did this to my husband, and it nearly destroyed our marriage. He and I are different in so many ways, including how we receive and express love. I’m a “quality time” person who measures the health of our relationship based on the depth of our conversations. He’s a provider and protector at heart whom will spend hours if not days searching for that perfect gift and earning the income to provide it.

Not being a “gift” person, I not only didn’t understand this, but in my misunderstanding, I assumed his motives were as opposite to truth as possible. In my thinking, he loved his job more than my daughter and I and was merely buying us presents or trinkets to appease us. But then we went through a difficult financial period and I watched him sacrifice time, energy, sleep—everything—for us. I’ve seen this again and again. When times become difficult, his inner hero emerges, casting out all doubt regarding who he is and the depth of his love.

We see the true nature and affections of a person during difficult circumstances, or as a former publishing colleague once put it, “Squeeze a sponge and what’s inside comes out.” Likely we can all attest to the truth in that statement, not just in regard to others, but in relation to Christ as well.

I’ve shared previously how my view of God has shifted over the years. The more I come to know Him, the clearer His heart becomes. Through difficulties, upheavals, and uncertainties, He’s revealed misconceptions and allowed my faslehoods to surface so that my heart can become, ever-deeper, anchored in truth. When it felt as if my world were spinning out of control, He held me and worked my chaos to good. When it seemed as if everyone else had abandoned me, He remained and drew me close. When bitterness welled within and even my prayers turned angry, He spoke words of love to my breaking heart.

Again and again, through hard times and good, God has shown me His love and faithfulness are beyond anything I could expect or imagine. However, He’s revealed Himself most clearly through the cross. If I ever doubt who He is and how He feels, not just about me but for all His creation, may God remind me, afresh, of the price He paid. May that dark moment in history forever be a beacon to my heart and yours, a reminder of who Christ is at His core.

In John chapter 13, shortly before His death, Jesus gathered His disciples close and explained to them all that was to come. “One of you who has just eaten from this bowl with Me will betray Me” He said (v. 23, NLT). “For the Son of Man must die, as the Scriptures declared long ago” (v. 24, NLT). What’s more, “All of you will desert Me” (Mark 14:27a, NLT). He told them He was going to die but that He would also rise again.

Christ was glorified on and through the cross, an act that Scripture reveals as “the very lowest point of His degradation” but which “John’s gospel always represents as the very highest point of His glory.” For the cross glorified Christ “in two ways. It was the revelation of His heart; it was the throne of His sovereign power” (MacLaren).

This is what it means to be glorified, edoxasthē in the original Greek. It’s ascribing God His true value and recognizing or acknowledging Him for who He truly is and honoring Him in that.

On the cross, we see Jesus’ unchanging nature: the victorious, self-sacrificing God who loves His children fiercely and will stop at nothing to draw us close. In His resurrection, we see His sovereignty over death and sin.

Through Christ’s horrific death, God the Father and God the Son received clear and immeasurable glory, casting a beam of truth and grace upon all mankind.

And now that we’ve seen Him for who He truly is, He invites us to live in that truth. To live changed, for Christ’s grace and truth, when received, always lead to transformation, so that we too, His redeemed children, are revealed in how we live and love.

Or to put is perhaps more simply: Jesus showed who He truly is and the depth of His love through sacrifice. I must do the same.

Let’s talk about this! How often do you pause to contemplate all Christ did on the cross and what that reveals about Him? When has His death and resurrection felt most real to you?

Cultivating a Thankful Heart–just in time for Thanksgiving! You can check it out HERE.