When my world was coming undone and I wondered the streets of Tacoma, Washington, trying to numb my pain, I felt alone. I thought for sure God had turned His back on me, and honestly, I expected Him to. I certainly wasn’t doing anything to draw Him to me. To the contrary. My behavior had given Him every reason to walk away.

When my marriage was struggling and my husband quit his job mere months after moving our family across the country, far from the close-knit community we’d grown so attached to—I felt unseen then as well. Abandoned.

I told God, quite clearly, all about it. Actually, more accurately, I cried out, “Don’t you see, Lord?”

I’ve hurled that accusation at my Father numerous times throughout my life, only to later realize how inaccurate my perception was. In fact, more often than not, it was during those frightening and heart-wrenching moments that God was doing His greatest work. He was lovingly, carefully creating beauty from my rubble.

He saw me in my pain, in my mess, even in my rebellion. In each instance, His compassion moved Him to action and His action brought life.

This has always been Christ’s way. When others reject us, He seeks us out. When we’re betrayed, He stands beside us as our most loyal and ever-present friend. When life feels chaotic, He remains a firm, immovable rock beneath our feet. And He comes to us when we’re overwrought with despair.

Before we can even speak the word, He’s there.

Just as He was, some two-thousand years for a poor widow who’d lost her only son. As a parent who adores her daughter, I can’t imagine the pain this woman felt as a mom. Agony exacerbated by her utterly destitute state. In her male-dominated society where the majority of women were completely dependent on men, her situation probably felt hopeless. Today’s equivalent of losing a child, a job, all resources, and your ability to work in one day.

Did she cry out for God’s miraculous intervention, His presence—prior to her son’s last breath or after?

Did she feel abandoned in her pain?

Or was her heart too broken for her mind to even form a cohesive thought, let alone for her to utter the words, “My God, please help.”

Luke 7:11-13 states, “… Jesus went to a town called Nain, and His disciples and a large crowd went along with Him. 12 As He approached the town gate, a dead person was being carried out—the only son of his mother, and she was a widow. And a large crowd from the town was with her. 13 When the Lord saw her, His heart went out to her and He said, ‘Don’t cry’” (NIV).

Notice, the woman didn’t ask for His help. So consumed with her grief, she might not have even known Jesus had come to town. But He knew her and felt deep compassion for her pain. The original Greek literally means to be moved in one’s bowels. When was the last time something hit you so strongly, you experienced a gut reaction? As a mom, I’ve felt that way numerous times—times when my intense emotions for my beloved daughter elicited a physical reaction.

If you’re a parent, you can probably relate. Our hearts are intricately tied to our kids, am I right?

Just as, I believe, Christ’s heart is inseparably tied to ours.

This story assures us Christ sees and He cares. Our pain does much more than stir His emotions. It moves Him to action as well.

He met the woman in her pain, in her need, and brought life to what she and everyone else deemed irrevocably dead.

This story reminds me that no situation is so bleak that God’s light can’t break through.

Is there an area of your life that feels beyond hope? How does Jesus’s response to this grieving widow from Nain help breathe fresh life into your circumstances today?

For those following the chronological reading plan:

Before you go, make sure to listen to the latest Faith Over Fear podcast: 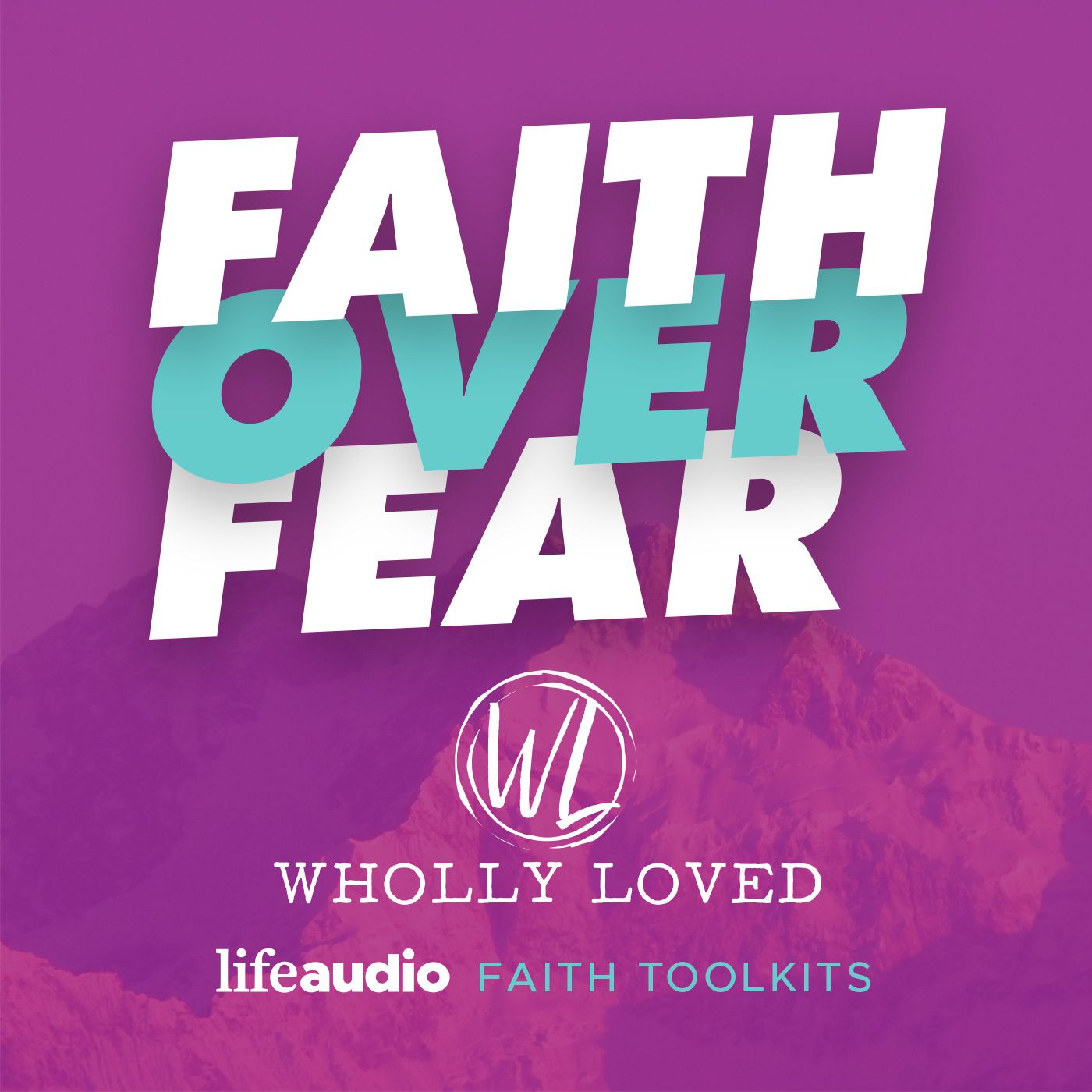 Embracing Risk When We Feel Ill-Equipped (with Sarah Hamaker) – Ep. 115 – Faith Over Fear

It takes great courage to embrace risk, especially when we feel ill-equipped or unprepared. But God never asks us to tackle hard or frightening circumstances alone. In fact, He encourages us not to, because our greatest strength, wisdom, and purest love are found not within ourselves but rather in Him. Find Sarah Hamaker at:https://sarahhamakerfiction.com/https://www.facebook.com/authorsarahhamakerhttps://www.amazon.com/Sarah-Hamaker/e/B002TIARBS%3FrJennifer Slattery at:https://jenniferslatterylivesoutloud.com/https://www.facebook.com/jen.pheobus/https://www.instagram.com/slatteryjennifer/Find Wholly Loved, at:https://www.WhollyLoved.comFind out about Wholly Loved’s small groups at:https://whollyloved.com/resources/online-studies/Join the private Faith Over Fear Facebook Group: https://www.facebook.com/groups/442736966614671Join the Private Wholly Loved Community Group (also on Facebook):https://www.facebook.com/groups/443325386241769Group Discussion Questions:1. What resonated with you most in today’s episode? 2. When has God asked you to step into a new, uncertain, or challenging role you felt ill-equipped for?3. How did you respond? 4. What are some ways God has equipped you in the past for difficult situations? 5. Consider your convictions. How often or consistently is your agenda consistent with your convictions?6. What are some truths regarding Christ that can help you courageously embrace God-assigned risks?7. When accepting God-ordained risks, why is it important to remember that it was God who assigned the challenge?8. When has your obedience led to spiritual conversations with someone who doesn’t know Christ?
Loading Comments...