Today, my guest, James Willcox, author of Choices,  tells us of an encounter he faced that radically changed his view on life. Although you and I

likely won’t face a life or death experience, God gives us each the same choice: to live or die. There is only one way to truly live …

What will you choose?

The fear of man brings a snare,

But he who trusts in the Lord shall be safe.

Fear…does it move or paralyze us? The choice is always ours. Do we need fear man? Not really. Do we need fear God? For sure…if we fail to accept Him. Unfortunately, we usually fear man the most. No one wants to be rejected. Yet, when we seek after the things of God and not the world, we often fear rejection by others. 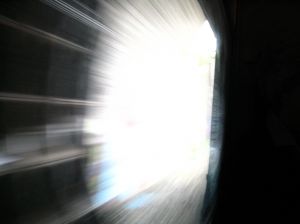 On September 21, 2011, I had a life threatening heart attack. While still at home, I had a wondrous encounter with the Lord! Death was very near. At first, it terrified me! Suddenly, I found myself enveloped in a soothing light that is beyond description. Next to it, extending into endlessness was blackness beyond imagination. Every object I now saw was either white or black. Jesus asked me…“do you want to live?” Immediately, I answered “yes.”

You see, I was in an extreme drought stricken part of my life. This condition was due to family situations, business conditions, and other factors that, from time to time, we all face. For several months I had been asking God ‘why’ He continued to let me live. Interestingly enough, when first confronted with death, I still wanted to stay here.

The pain in my chest was excruciating! This rancher was now leaning against the tire of a tractor. For a moment, I reasoned if I were to lie down, I would feel much better. Something deep inside told me ‘no.’ To voluntarily do so would be giving up and result in certain death.

The car was about eighty feet away and getting it was one of my jobs that morning. This journey took me through ‘The Valley of the Shadow of Death.’ During this walk and for a short time afterward, I have no memory of chest pain. As I proceeded toward the car, the darkness tried to penetrate the wondrous light that protected me. At one point a voice spoke…“What if you fall down?” It was Satan himself who asked the question.

My response…“if I can’t help it, I needn’t be worried.” God’s safety was already surrounding and indwelling me.

Reaching the car, I leaned against it. Jesus again asked me if I wanted to live. Somehow, I knew my answer needed to be delayed. I now found myself in a unique room. It was rectangular, had a hard wood floor, a door with Jesus standing behind it at one end and the other end open to the world I knew. Colors could be seen out the open end but everything else was white and black. Having no desire to try and get to that familiar world, my focus became centered on the door to heaven and the figure behind it. I knew I could choose to go through that door and would be welcomed, leaving everything behind, including my troubles. Perfect peace dwelt deep within me in that amazing setting and it seemed as though time itself were standing still.

Have you ever been asked a question thinking there were only two possible answers? From a human perspective, that’s the kind of question I reasoned had been set before me. It wasn’t long before I knew it was time to answer Jesus’ question. Being led by the Holy Spirit, I suddenly realized there could be a third response. It was time to exercise my faith, knowing I would reside in absolute safety regardless of the outcome. My answer to the most important question I had ever been asked was, “You decide. It’s up to You.” Instantly, I was back in the world I knew, the chest pain once again overwhelming.

Our local hospital is a small, rural facility, not equipped to handle a major heart attack victim. A Flight for Life helicopter took me to a hospital one hundred miles away. Given the way our medical system works, I should have been taken to a hospital about half the distance. God went before me and prepared the way for emergency triple bypass surgery that same afternoon. Even though I had a major heart attack, there was no damage to the heart muscle. PTL!!!

Today, although life is still hard at times, I constantly abide in God’s comforting love, peace and safety. It’s my prayer that you openly seek God, bask in the safety only He can provide, thereby avoiding the snares of man.

James Willcox is a lifelong rancher in southern Colorado. He and his wife, Bobbie, have been married nearly forty four years. They have three adult children and enjoy being grandparents. James knows first had that God does give people second chances and is very aware of His love for us. Visit him online.

About his book, Choices:

Does God really give us the freedom to make our own choices?

Even though Jim and Rick are lifelong friends, their lives have taken very different paths. Jim, as a devout Christian and follower of God, has spent countless hours trying to lead his best friend down the path to salvation. When Jim and Rick are involved in a terrible accident, the depth of Jim’s faith as well as the depth of his love for his friend will be put to the ultimate test.

Jim and Rick see and experience many incredible things as they discover that which awaits believers and nonbelievers alike. Follow these two friends as they realize the eternal consequences of their Choices.

This past month, during my morning Bible reading time, God has been sharpening my focus on those things that are eternal, encouraging me to not let my heart become dulled by the concerns of this life but that I would instead keep alert to His mission (and man’s condition) at all times. (Luke 21:34-36)

Because tomorrow is promised to know man.

Risking Failure to Become All God Created You to Be

How many opportunities have you avoided, how many dreams have you never pursued, for fear of failure? Or perhaps you embraced that new challenge but then spent countless sleepless nights fretting over what might happen or what others might think when you didn’t measure up or succeed? The summer before our daughter’s senior year […]

Letting Go of the Need to Control – Guest Post

Lately, our world seems completely out of control. When I focus on all the chaos, I worry about our economy, about loved ones, about my daughter and son-in-laws college classes … in short, about a lot. But then I remember truth, and that truth grounds mean. If you find your thoughts pinging in a thousand […]

In my young adult years, I wasted so much energy, so much peace, trying to prove my worth. Driven by a hidden fear of insignificance, I chased after one goal after another and defined myself by external and subjective standards. As a result, I developed a rather shallow sense of purpose and believed the lie […]