People seem to come in two main types–the happy and the miserable. This is true among the rich and poor, the healthy and the ill, the manual laborers and CEO’s. We like to think if only we had X, Y, and Z, then we would be content, but according to Paul, contentment is not a state of being but instead a learned state of mind:

A while back, I stumbled upon this blog post by Billy Coffey after reading an email from a woman who claimed to be miserable. When I compared the email writer’s life to that of the man from Billy’s story, it appeared Mark found happiness because he sought. My friend found misery for the same reason–she sought it. She spent her time zeroing in on storm clouds, ignoring (or perhaps failing to see) the rainbows streaked within them.

What Happiness Requires by Billy Coffey 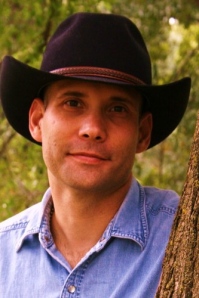 In our house, that’s a blue chore (blue meaning a job for the guys, as opposed to, say, washing the clothes, which is a pink chore). Nothing irritates me more than hauling two bulging bags of garbage out to the cans. It’s done twice weekly and takes all of five minutes, but it’s an eternity to me. It stinks. Literally And it’s messy. Though far from a germaphobe and even though I often use gloves, I still wash my hands afterward. Usually twice. And then I’ll take a shower.

I know, I know. But deep down, we’re all weird in our own ways.

Mark, on the other hand, doesn’t mind trash. At least that’s what he says. I would imagine he would have to say that, given his job. He doesn’t have a choice. You see, Mark picks up our trash every week.

He’ll be the first to say his is not a career to which most aspire. Mark himself never expected to become a garbage man. But when your formal education stops just south of eleventh grade, your options are somewhat limited. It was either trash man or cashier down at the 7-11, and Mark says he’s never wanted to work with the public.

And besides, it isn’t all bad. Sure, some days are worse than others. He’ll say the weeks after Christmas are really bad, what with all those boxes and such. Halloween is no picnic, either.

Yet for the most part, the work is as enjoyable as it can be. He gets to ride around hanging from the back of a truck, which I admit I’ve always considered cool. And it’s outside work, which I admit is much better than being chained to a desk. Yes, it’s smelly. And many times it’s disgusting (I won’t tell you about what Mark has to go through during hunting season).

One would perhaps think that a man whose occupation revolves around the thing I hate to do most would be a man I’d pity. I will say I do not. Well, not anymore. I once pitied Mark as I pitied the downtrodden or the lame. He was the sort of person I’d look upon and wonder if God had somehow overlooked him. He was an example of the inherent unfairness of life.

But then I got to know him, and I discovered otherwise.

For instance, Mark is a family man. Has a wife and three kids. Mrs. Mark works at the Family Dollar and teaches Sunday school at a little church one town over. The kids, two boys and a baby girl, are the pride of his life. I’ve seen pictures that prove his pride is not the sinful sort. The clan lives in a single-wide trailer that backs up to the national forest. It’s a peaceful place, Mark says. The sort of place where a family can put some roots down.

Despite the perceived shamefulness of his job, Mark takes his work seriously. Someone has to clean up, he said to me, and it might as well be him. It’s a public service, and an important one. What kind of town would we have if no one picked up the trash?

So he works and his wife works, and together they spend what they have to and save what they can. Mark has big plans. So far his family has managed to squirrel away almost five thousand dollars to put toward a new double-wide, one that has a fireplace and even a Jacuzzi tub. He says his supervisor has noticed his hard work and attention to detail. A promotion may be in order in the coming years. He’s prayed for that and keeps his fingers crossed.

It’s difficult in this life to define happiness. Sometimes I think we attribute too much to it. We think we need money or education or fame to have it, but we don’t. I’d even be pressed to say such things often get in the way of happiness rather than provide it.

It’s not ironic then that the secret to happiness isn’t found in bound volumes of experts or esoteric writings of sages, but in the life of one single garbage man named Mark.

Because he’s happy, and I know why. Mark has the three things happiness requires.

And something to hope for.

(I would add one more requirement–something to live for. Without a clear sense of purpose, we’re merely taking up space and buying time. The Bible tells us God has a plan for each one of us. He desires us to follow after that plan with everything we’ve got. That is the only way we’ll ever truly be fulfilled.)

Billy Coffey was born and raised in the Blue Ridge Mountains of Virginia, where as a child he learned how to hit a curveball, how to throw a tomahawk, and how to tell a story. All three skills continue to serve him well, though he now spends most of his time with the latter.

His books are largely set in the fictional town of Mattingly, Virginia, a place where time seems irrelevant and the impossible seems commonplace. Snow Day is his first novel. Paper Angels will be published on November 9, 2011.

He lives with his wife and two children on a quiet country road at the foot of a mountain. He can often be found on his front porch watching the sunset. If you happen to pass by, give him a wave. He’ll wave back.