What happens when you work towards something, maybe even for decades, try your best, and don’t receive the results you hope for? My guest today, Hope Bolinger, shares such a time, and how God used it to bring her to a place of increased freedom.

In one moment, despite my best efforts, my hopes are dashed. I’m at auditions for my high school production of Tarzan.

I’ve prepared for this moment for six months. My friends practiced walking like monkeys, listened to the entire soundtrack ten times (OK, fifty times), and we knew the script inside out.

They’ve called my name. I sing the piece I’ve selected for the piano flawlessly. The dance audition goes surprisingly well, and I actually remember every twist and turn and other French words for dance moves I can’t recall.

Lines? No worries. Don’t even need the script.

Two days later, I’m in a Taco Bell with a group of friends as we wait for the director to post the cast list online. My friend Amanda hits the refresh button. They’ve posted the list.

People begin hugging, crying. They’ve all made the cut. Every one of them. My friend passes me the phone, lights dimming in her pupils. I scroll up and down. They must’ve made a mistake, a typo, a something!

I didn’t make it.

It may help to know a little about myself. I fall hard on the type 3 portion of the Enneagram. This means that every success can buoy my confidence tenfold. And every failure? You can guess what happens …

After that Taco Bell disaster, I asked the director how I could improve for the next play. She sighed through the phone and said, “To be honest, Hope, you did great. But you’re too tall for the cast.” Once again, my 5’10” height not only pushed me to the back of pictures, but it didn’t allow me a spot on the show I’d spent months preparing for.

You can bet I took this news like a champ. Meaning, I cried into my arms, my pillow, and anything else I could put my face on that night. I’d given all of myself, and it wasn’t enough.

I felt as if I wasn’t enough.

And maybe you have experienced something similar. A promotion that you worked so hard for that fell through. A time where you plucked enough courage to ask that boy or girl on a date, and they laughed in your face.

A season of trials where you prayed the right prayers, read the right verses, and yet, God would not pull the thorn out of your side (2 Corinthians 12).

So what do we do when our enough isn’t enough?

Lucky for us, we have a God who becomes our enough. After auditions and the Taco Bell incident, it took me a while to unravel the complex emotions stirring in my chest. Then I realized that I’d placed too much of my value as to whether I’d be a monkey in a chorus versus a stage manager who worked behind the scenes.

God didn’t treasure me any more or less because I didn’t make the cast of a show. He loves me as I am and can show others His beauty, grace, and love through me whether I act on stage or paint sets.

One Tarzan show and a chance to stage manage later, I learned that it’s OK. Because I have a God who loves me no matter what I do, and that’s good enough for me.

Get to Know Hope Bolinger

Hope Bolinger is a literary agent at C.Y.L.E. and a graduate of Taylor University’s professional writing program. More than 600 of her works have been featured in various publications ranging from Writer’s Digest to Keys for Kids to HOOKED to Crosswalk.com. She writes about 250-300 articles a year.

She has worked for various publishing companies, magazines, newspapers, and literary agencies and has edited the work of authors such as Jerry B. Jenkins and Michelle Medlock Adams. Her column “Hope’s Hacks,” tips and tricks to avoid writer’s block, reaches 6,000+ readers weekly in the Serious Writer newsletter.

Her modern-day Daniel, “Blaze,” (Illuminate YA) released in 2019, and they contracted the sequel “Den” for July 2020. Her superhero romance she co-wrote with Alyssa Roat releases from INtense Publications in September 2020. Her favorite way to procrastinate is by connecting with readers on Instagram and Twitter @hopebolinger

Danny Belte barely survived his sophomore year at King’s Academy, having to deal with 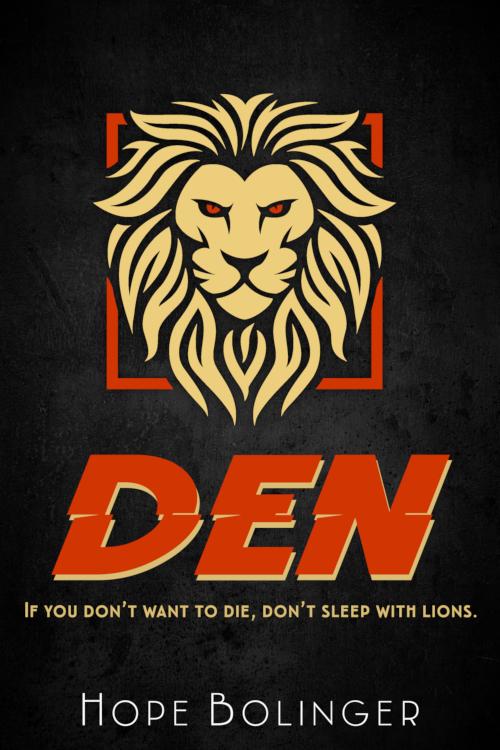 His junior year doesn’t start off much better. Facing a series of mysterious suicide attempts that begin on day one–and a disturbing pattern that appears to connect them–Danny has a feeling something far more sinister is at play. He tries to narrow down a list of suspects as those closest to him disappear, one by one.

Can he protect his friends from a possible murderer on the loose? Or will he find himself trapped in a fate worse than a lions’ den?

If you’re struggling to bounce back from a failure or battle fear of failure, make sure to listen to Jennifer Slattery’s Faith Over Fear episode titled Moving Past the Fear of Failure. Find it HERE.