Life is full of uncertainties, and though I’m pretty sure, while waiting for something important, we wish God would come through right now! But it’s in the waiting, the following along God’s detours and reroutes, that our faith grows strongest and we are most alert to God’s hand. 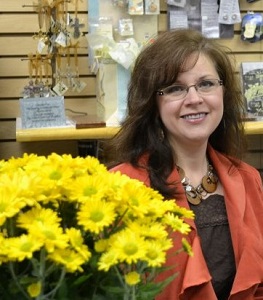 And as an added bonus, she’s doing a special, multi-blog give-away to commemorate the Heartsong Presents line since it’s ending this month! How fun is that? 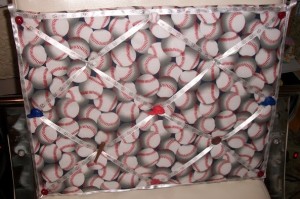 Comment to enter the drawing for a copy of Rodeo Reunion. Ten copies will be split among names drawn during the blog tour from June 1st – July 1st. One winner will receive a baseball themed memory board personally crafted by the author. Winners will be revealed on Shannon’s blog on July 22nd.

Trusting in the God of Hope by Shannon Taylor Vannatter

Any time I’ve been down about my writing career, God gives me hope. Back before I was published and began to wonder if I ever would be, He’d give me encouragement by allowing me to place in a writing contest or an editor taking the time to write a positive note on a rejection letter. Those little fuzzy moments kept me going. He still does that.

Back in November, I learned the line I write for Heartsong Presents is ending. I was contracted for one more rodeo book and a new series of three books. With the end of Heartsong Presents, those four books were destined to never see the light of day. But I’d been through this before.

After my fourth book was published when Barbour owned the line, they decided to end Heartsong Presents. Even though I had two more books contracted. I cried and railed and mourned my books and my career. But a few months later, I attended the ACFW conference and my new editor told me to go ahead and write the next book in my series because another publisher was buying the line.

Six months later, I learned Harlequin had purchased Heartsong Presents. My final two books in my contract saw the light of day and I soon had another contract for six books. Fast forward four years and Harlequin made the same decision regarding the line. This time, I knew no one would buy it because there aren’t any other publishers who distribute category length romance.

But I didn’t rail and I didn’t cry. By this time, I knew God’s got this. A few weeks later, my agent called with a possible publisher 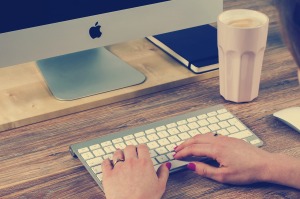 to take on my four remaining books. All I had to do was add word count and tweak the books to fit their line. We went back and forth for several months trying to make my submission perfect.

A month later, the editor contacted my agent. What I’d done still didn’t fit the imprint, but she gave very specific instructions to make my books fit. And even went as far as calling me on the phone. That doesn’t happen often. Hope bloomed.

I tweaked the proposal again and sent it off. We’re going on seven weeks now. The editor apologized when my agent checked with her, saying she’s behind on everything and hasn’t even had the time to read my proposal. I was hoping to have a positive answer by the time my blog tour for my final Heartsong came around. Which is now. But I still don’t know what will become of my four books.

In the meantime, I wrote a long book I’ve wanted to write for a long time. It’s polished and almost ready to send to my agent so she can try to find a home for it. But the market is rough in publishing in general. As time drags, I’m getting discouraged.

Last weekend, I went to an annual writers’ retreat with ten women from my local group. We had a great time, visited, ate, ate some more, learned, and got some writing time in.

I’m the only traditionally published one in the group simply because my journey fell into place before theirs. I’m their encouragement—proof that getting published can happen. But my career is at a standstill. It kind of got to me. 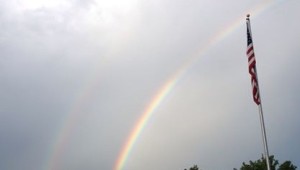 On the way home, I was praying and whining a little. I rounded a curve and the trees revealed an expanse of open sky. I saw a cloud with a silver lining. Then another. Pretty much a sky full of clouds with silver linings. Bordering all those clouds was a double rainbow. I take that as God saying He’s got this. I quit whining.

For the rest of my trip home, I enjoyed the canvas God painted just for me. And I know He’ll follow through on all those silver linings.

Award winning, central Arkansas author, Shannon Taylor Vannatter is a stay-at-home mom/pastor’s wife. She lives in a town with a population of around 100, if you count a few cows, and she once climbed a mountain wearing gold wedge-heeled sandals which became known as her hiking boots.

She has eleven published titles and is contracted for four more. Her books are available at christianbook.com, barnesandnoble.com, amazon.com, harlequin.com, and barbourbooks.com. Learn more about Shannon and her books at ShannonVannatter.com and check out her Real Life Romance blog.

About her novel, Rodeo Reunion:

And Slade Walker’s not a likely candidate. Even if the former major league pitcher just agreed to coach her son’s little league team. The single mom can’t risk everything on a bronc-riding chaplain who’s only passing through Raquel’s small Texas town.

Slade is taking a hiatus from the rodeo circuit to meet the sister he never knew he had. But the pretty widowed nurse next door is making him think twice about hitting the road again. He can’t turn his back on the cowboys who need him, but Raquel and her boy need him, too. Can Slade fulfill his calling and finally find a place to hang his hat?

At Christian Book Distributers or on Amazon 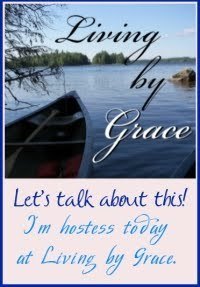 Let’s talk about this! Are you in a waiting period? What might God be showing or teaching you? Have you ever felt as if you’d slammed into a closed door only to find God had something else amazing waiting? Share your thoughts here in the comments below or at Living by Grace on Facebook.