I sure spend a lot of time clinging to my safety nets, for one who talks so often about living God’s great adventure. Although, I do eventually drop them, and take that next step, and then the next, though my hands might be clammy and my legs may quiver every step of the way.

This was me, when our family joined our former church for a week-long mission trip to El Salvador back in 2011. My biggest angst? I hated flying. I’ve gotten much better, but back then, every trip felt like torture. While the other passengers slept or read books or chatted with one another, I’d obsess. On every plane crash I’d ever heard of, on every bump or dip as we soared through the sky, on how high our plane flew and how long it’d take us to spiral to our deaths.

Ah, the joys of the writer’s brain. 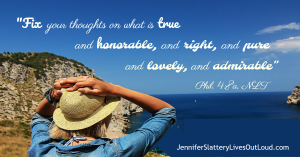 catastrophes and what-ifs, and instead of experiencing the peace that “surpasses understanding,” I worked myself into a near panic.

And let me tell you, fear is exhausting and self-defeating!

It didn’t help that our descent into the country was horrendous! Flying over the mountains and through a storm, it felt like someone had strapped us onto a roller coaster and were tossing and shaking us about.

That first night in the hotel, tired, and pushed out of my comfort zone in numerous ways, one thought dominated: “I want to go home.”

By the end of the week, with my heart full and broken simultaneously, another even stronger thought took hold: “I never want to leave.”

Saying goodbye and stepping back on that plane, with my pockets stuffed with letters from sweet orphan girls, was so incredibly hard. Our family returned to the states convinced God wanted us to go back, so we began making plans. My husband would take an early retirement, we’d sell our home, and we’d rent an apartment in El Salvador so we could help the orphan girls we’d fallen in love with learn English (a quick ticket out of poverty in that country).

But then I got sick. For a while, really sick. And suddenly, our plans were flipped upside down and inside out. Our hearts still ached for those precious girls. We still deeply loved El Salvador, its people, and their culture. I could’t believe God would stir then break our hearts for nothing, but I had no idea what He was up to.

The ways one can help, can be a part of life change, are as endless as God’s love for each and every orphan crying out to Him each day.

I write. That’s what I do. And so, that’s what I did–not about my adventure though an experience or two from our trip might have found its way into the story. But instead, I wrote about Brooke’s, a woman I can relate to in many ways. A painful event in her past has caused her to form a near-impenetrable safety net, one that has caused her to strive and grasp and fight for control.

But God has so much more planned for her. 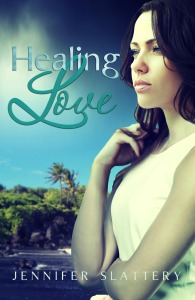 Here’s the back cover text:

A news anchor intern has it all planned out, and love isn’t on the agenda.

Brooke Endress is on the cusp of her lifelong dream when her younger sister persuades her to chaperone a mission trip to El Salvador. Packing enough hand sanitizer and bug spray to single-handedly wipe out malaria, she embarks on what she hopes will be a once-in-a-lifetime experience.

But Brooke is blindsided by the desperation for hope and love she sees in the orphans’ eyes. And no less by the connection she feels with her handsome translator. As newfound passion blooms, Brooke wrestles with its implications for her career dreams.

Ubaldo Chavez, teacher and translator, knows the struggle that comes with generational poverty. But he found the way out – education – and is determined to help his students rise above.

When he agrees to translate for a mission team from the United States he expects to encounter a bunch of “missional tourists” full of empty promises. Yet an American news anchor defies his expectations, and he finds himself falling in love. But what does he have to offer someone with everything?

Can you relate to any of what I shared? When has God pushed you out of your comfort zone, and what was the result? When have you been convinced His plan was X, but He later showed you it was Y, and how’d you process that?

Share your thoughts with us in the comments below, because we can all learn from and encourage one another!