We have a winner! Pam Bock, congrats! You won your choice of Becky Lyles’ books! I’ll be in contact with you shortly. Thanks so much for stopping by my blog last week! And to everyone else–bummed you didn’t win last week’s book give-away? No worries! We have another book give-away today. 🙂 The winner will be randomly selected from the comments below. 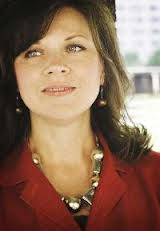 What Would I Have Done? by Shannon Taylor Vannatter

21 And when Jesus was passed over again by ship unto the other side, much people gathered unto him: and he was nigh
unto the sea.

22 And, behold, there cometh one of the rulers of the synagogue, Jairus by name; and when he saw him, he fell at his feet,

23 And besought him greatly, saying, My little daughter lieth at the point of death: I pray thee, come and lay thy hands on her, that she may be healed; and she shall live.

24 And Jesus went with him; and much people followed him, and thronged him.

I can’t focus on this Scripture without mentioning what happened before this. There was no rest for Jesus that day. He’d already calmed a storm and cast out demons, then journeyed across the sea. Again. Why? Because the people asked him to leave. Only the demoniac Jesus had returned to his right mind was grateful.

As soon as he got to the other shore, a crowd awaited him. Jairus fell at his feet, begging Jesus to heal his daughter. Jesus immediately went with him only to be thronged by the crowd.

I’ve wished so many times that I could have lived back when Jesus walked the earth. Me—put aside my love for electricity, air conditioning, and indoor plumbing? Yes.

The people living then didn’t know who Jesus was. They were looking for the Messiah, but they expected a king not a carpenter. Some didn’t recognize him. Even the disciples didn’t understand the big picture.

Knowing my short-comings and how I often fall at Jesus’ feet only after I’ve tried everything else, I think I’m glad I didn’t live back then. 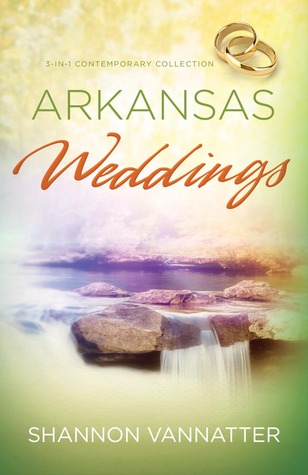 Arkansas Weddings: Love’s never easy in three Arkansas romances. Pastor Grayson loves his wife. The problem is, Sara was killed by a hit-and-run driver two years ago. He knows he needs to move on, but it’s not until florist Adrea Welch arrives at his church that the seeds of healing are planted in his heart. Laken left home eight years ago and never looked back. Who knew when she applied for the promotion to postmaster that she’d end up in Romance, Arkansas, and much too close to her past—and Hayden Winters? Shell doesn’t have a good reputation. But no matter what everyone in Rose Bud, Arkansas, thinks of her, she’s back in town with a job to do. Ryler also has reasons for being in Rose Bud, and they don’t include Shell. But God’s love can soften the hardest heart and overcome the darkest past. These hearts may not know it, but they’re about to change.

Shannon Taylor Vannatter is a stay-at-home mom and pastor’s wife. Her debut novel won the2011 Inspirational Readers’ Choice Award. When not writing, she runs circles in the care and feeding of her husband, their son, and church congregation. Home is a central Arkansas zoo with two charcoal gray cats, a chocolate lab, and three dachshunds in weenie dog heaven. If given the chance to clean house or write, she’d rather write. Her goal is to hire Alice from the Brady Bunch. Visit her online!

Let’s talk about this. For me, it’s so easy to slip into pride and overconfidence. When things are going well, it’s like I don an invincible suit–my faith is strong; unshakable. I can handle anything! Yep! On fire for Jesus and ready to take on the world. Until trials hit, then suddenly, nastiness bubbles forth–nastiness that was always there, hidden beneath a layer of complacency or comfort. What have I learned, having received those surprising glimpses into my sinful heart? That I really don’t know how I’d behave in a certain situation until I’ve been there. 🙂 So, in answer to Shannon’s question about how I might have responded to Jesus had I encountered Him some 2,000 years ago? I don’t know. I hope I’d be an instant follower, because He alone brings life and fulfillment. But then I must also remember, He is so much bigger than my frailties and faithless moments. And praise be to God for that. So, although I have no idea how I might have responded, I have full confidence that my Savior would’ve gently, persistently, and lovingly drawn me to Himself.  Because unlike us, He doesn’t give up or lose patience. 🙂 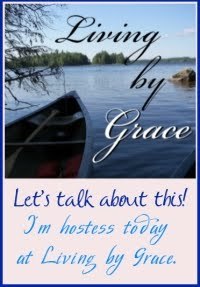 I’d love to hear from you! Share your thoughts in the comments below or on Facebook atLiving by Grace.

20 thoughts on “Jairus’ Daughter–What Would I Have Done”

I struggle to remain focused on today, especially when I feel anxious. My mind can conjure too many what-if scenarios. Obviously all of my fretting doesn’t change whatever may lay ahead, but it does steal my energy and peace to handle my challenges well. I so want to grow in this area, which is why […]

When Others React in Fear-Based Behaviors

I’m becoming increasingly convinced that most of our negative encounters, conflicts, and relational barriers stem from fear. And in this, from a failure to accept, understand, and live in grace. When we mess up, think we have, or worry someone else determines we have, we tend to hide, to blame, to deflect, and point fingers. […]

Some battles are far too important, far too consequential, for us to ever attempt to fight them alone. This has become clearer to me now more than ever. God recently called me to engage in a battle so far beyond me, where the opposition felt so fierce and unconquerable, I knew Christ was my only […]