Did my blog title cause your hackles to rise? With today’s appearance/performance centered culture, most of us must fight daily to bring everything back to surrendered obedience. Blog posts and Youtube videos abound countering our culture’s shallow and exhausting trend, and with good

reason. So rest assured, I’m not going to tell you to jump back on that people-pleasing treadmill. To the contrary. I’m going to encourage you to center your whole heart, every thought and desire, in Christ.

Because if you do, your actions will follow, and people will notice.

Two, maybe three years ago, a dear friend approached me with a story idea. At first I told her “Absolutely not!”, because I felt completely ill-equipped to write it. But then one morning, I awoke with the story unfolding in my brain. Having walked with Christ on this writing journey for a while, I determined God had birthed the story within me. Therefore, He wanted me to write it. So, I called my friend, making sure she understood all this would entail.

I’d need help. A lot of help. You see, this novel would require a great deal of medical knowledge, which I lacked. It’s very difficult to plot something you don’t understand.

And so began our journey. Over the course of a year, Ami Koelliker and I met over lunch, coffee, at her house, talked by phone, and swapped documents as we 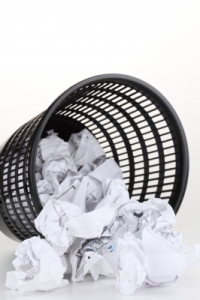 eeked out the story. And I mean eeeeeeeeeeked out. This was the most difficult story I’ve written to date. It was frustrating, exhausting, and often, downright discouraging. To make matters worse, I kinda doubted we’d ever even sell it. So in essence, we were spending all this time, giving ourselves headaches, on a project that we knew would likely end up in our computer’s trash bin.

There were many times I wanted to call it quits. Many times. I even considered writing Ami a check to compensate her for her time then being done with the whole thing.

And here’s why: I’d made a commitment, and I intended to honor it, regardless of the cost or the outcome.

Flash forward two years, and I receive an email from my editor. New Hope wanted to contract this novel. (Yes, I signed, and the story is going through the various editorial stages now and has a scheduled release date of October 2015.) A story I’d seriously considered bailing on. I’m so very glad I didn’t.

It’s not that I am or was highly spiritual or possessed incredible inner grit. But this is an area God is growing in me. Because our word matters. Consider the following verse:

“Who may worship in your sanctuary, Lord: Who may enter Your presence on Your holy hill? Those who lead blameless lives and do what is right, speaking the truth from sincere hearts. Those who refuse to gossip or harm their neighbors or speak evil of their friends … and keep their promises even when it hurts” (Psalm 15:1-4 NLT)

Our actions reveal our heart. It’s one thing to say we’re transformed by grace; it’s another to reveal this with how we live our lives. For as Proverbs 20:11 says, “Even children are known by the way they act, whether their conduct is pure, and whether it is right” (NLT).

Christian character is a big deal. It adds credibility to our witness and forms a foundation of trust that lets others know we’re honest, reliable, and forthright. Conversely, lack of character is a big deal. It destroys our witness, hinders deep relationships, and ultimately leads to ever-increasing self-deception. And living in self-deception is a dangerous place to be.

As I read through Ruth, from the first chapter to the last, I was instantly struck with how honorable both Ruth and Boaz were. They worked hard, honored their commitments, were loyal to their loved ones. And everyone knew this.

In Ruth chapter 2, Boaz says to Ruth, “But I also know about everything you have done for your mother-in-law since the death of your husband. I have heard how you left your father and mother and your own land to live here among complete strangers” (NLT).

Then, in chapter three, we begin to see Boaz’s character. He says, “Now don’t worry about a thing, my daughter. I will do what is necessary, for everyone in town knows you are a virtuous woman” (3:11 NLT).

How does Naomi respond when she learns of Boaz’s statement? She says to Ruth in verse 18, “Just be patient, my daughter, until we hear what happens. The man won’t rest until he has settled things today” (3:18).

Their previous actions had revealed their character. Ours do as well.

What stood out to you as read Ruth chapter 3?

What character traits impress you most in Ruth? What about in Boaz?

What areas might God long to help you grow in, in regard to your character?

How well do you honor your commitments? If you struggle in this area, what will you do differently, having studied this portion of Ruth?

Share your thoughts here in the comments below, on Facebook, or via our email loop. And make sure to visit Beth’s blog Friday for our next lesson.

In Absence of Integrity

And as a teaser… for those curious about this book Ami helped me write, here’s what it’s about:

Abandoned by her husband, an organ procurement coordinator fighting to keep her job and her sanity encounters an old flame facing an unthinkable tragedy.

For Tammy Kuhn, being an organ procurement coordinator is more than a job. It’s a ministry. But when her husband of sixteen years leaves her for another woman, struggles with childcare, her absentee ex-husband, and an altercation with a doctor threaten her job. Embittered and overwhelmed, she fights to maintain her sanity when a late night encounter with an old flame stirs emotions long since buried but the ICU is no place for romance.