It was a dark time, and I was pretty mad at God. I was so mad, so broken, I couldn’t bring myself to pray. And this frightened me. I was certain God was angry with me. After all, my attitude was less than admirable. But then, in the middle of my anger, a snippet of a sermon pierced through my heart like a divine embrace–God was holding me, and He’d never let go, regardless of how I felt.

This knowledge–knowing nothing, not even my terrible attitude, could snatch me out of His hands–carried me through the gunk, and now, standing on the other side, I can say amen to Paula’s post below. God does indeed make good on His promise is Romans 8:28, although His ways are usually different than we expect, as Paula explains. As you read her devotion, pause to rest in God’s never-failing love, asking Him to help you see the good He’s bringing out of whatever you’re going through.

As an added bonus, she’s giving away a free e-copy of her latest release, For Our Good. The winner will be randomly selected from the comments left on today’s post.

But first, a praise! It’s release day! The e-version of Intertwined is now available! (The print 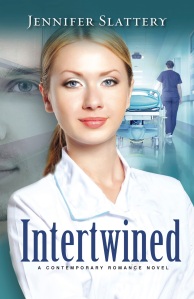 version should be releasing soon.) Get your copy HERE! Read a free, 3-chapter excerpt HERE! And read about how God used the story to call my husband to take action in a desperate situation HERE.

And now, today’s devotion, by Paula Mowery, author of For Our Good.

“And we know that in all things God works for the good of those who love him, who have been called according to his purpose” (Romans 8:28 NIV).

Have you ever doubted the above verse? I know you’re nodding your head with me. Things have happened that have caused me to say, “Now, God, how in the world are You going to bring good from this?”

Admittedly, it pains me to even type out that doubtful attitude, but I’d be lying to say I had never exhibited that kind of distrust. But, can I tell you something else? God has never failed to deliver on that promise in Romans 8:28.

I can almost see you pursing your lips and tilting your head with a questioning expression. Maybe you’re remembering a time that things didn’t seem to work out well. I’ll throw a proverbial wrench into that line of thinking.

God’s “good” and ours may be totally different.

When what we expect to happen doesn’t occur, we might label that as not turning out well. But in God’s perspective, it is for the best.

Let me share an example with you. My grandfather had been in a nursing home for many years,

suffering from Alzheimer’s disease. My mother’s recent trip had left her so down because her father was in a fetal position, not anywhere close to the giant of a man he had been. Why wouldn’t God just take him on to Heaven? She struggled seeing him that way.

There was a disagreement with my grandfather’s old home place. Someone in the extended family was trying to take it to sell and make money for himself. Naturally the family didn’t want this to happen. A battle began but through a simple technicality, the family won. What was the technicality? I don’t understand all of the legal terms and such, but basically because my grandfather was still living, the case worked in the family’s favor. If he had been deceased, the stipulation wouldn’t have held and the extended family member would have won.

Now, when seeing my grandfather lay in that nursing home, just a shell, it seemed cruel that God wouldn’t just bring him home. But, God knew what was best.

Not always does God let us in on what He is doing for us. We simply have to trust that He is working things for our good because He loves us and knows what is best for those He calls his own. 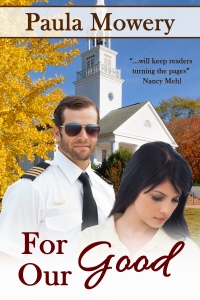 Charlie Jarvis is haunted by loss that fuels her desire to rid the world of drug traffickers. When her next assignment takes her back to her hometown, she has to confront her painful past. She has no interest in a relationship since God seems to kill everyone she loves.

Colton Thomas appreciates material things and the status of being a corporate pilot. When someone approaches him to deliver a package for a large sum of money that could wipe out his debts, temptation knocks loud on his door even as his partner, Marshall, slams it shut. Meeting Charlie challenges his non-committal stance with women. As he considers who he has become and the kind of man he would want to be for Charlie, he confronts his own shallow lifestyle and the fear that he would never be able to help her heal her wounds.

As Charlie pursues the man causing young boys to die of overdoses, she struggles with the secrets she keeps from Colton. With people around them shining the light of God and encouraging their courtship, both Charlie and Colton have to face hard truths about life, death, love, and faith. And maybe find a fresh start for them both.

Paula Mowery is a published author, acquisitions editor, and speaker. Her first two published works, both women’s fiction, were The Blessing Seer and Be The Blessing from Pelican Book Group, and their themes have been the topics of speaking engagements. Be The Blessing won the Selah Award in 2014 in the novella category. In November of 2013, her first romance released in the anthology, Brave New Century, from Prism Book Group. This book went to number five on Amazon’s bestseller category, historical Christian romance. Legacy and Love was her first solo romance and was a finalist in the Carolyn Readers Choice Awards in 2015.

You can follow Paula online and find out more about her  and her upcoming appearances on Facebook and her blog. Read her monthly columns on the ChristianOnlineMagazine. You can also check out her blog for Christian writers HERE.

Let’s talk about this! How have you seen God’s promise in Romans 8:28 come true in your life? Can you share a time when His good has been different than yours? What did you learn about Him, yourself, or the situation? How has Romans 8:28 given you hope during tough times? Share your thoughts with us in the comments below or at Living by Grace on Facebook.

But before you go, join me on the following sites.

Yesterday my sweet husband was interviewed on Angela Meyers blog, and in the interview, he shared a God-story that brings tears to my eyes to this day. Love that man! Come read why he’s earned the title “warrior” HERE!

Today I’m on the Borrowed Book talking about the uncertainties of writing (read more HERE), and I’m sharing my encounter with one of the most beautiful gardens I’ve encountered. Read more HERE.