It was my third grade year, and I was the awkward, sad, frizzy-haired little girl in need of a friend. I found one in Mrs. Eldridge. I don’t know if she was a Christian, but I suspect she was. That’s the only way I know to explain the love that radiated from her whenever she looked at me, the gentleness that blanketed her words whenever she spoke to me, and the consistency with which she reached out to me.

And I’m almost certain she had no idea the impact she had on me, but when we get to heaven, man is she in for a massive hug!

Passing the Baton
by Mary Bowen

As ripples in water spread outward in ever-widening circles, each of us influences many others. Even the famous evangelist Billy Graham stands on the shoulders of five men in his past. On a Saturday in 1856, Edward Kimball decided to follow up with one of his Sunday school teenagers and talked to Dwight Moody about Christ’s love in the back of a Boston boot store. Years later, under Moody’s preaching, Wilbur Chapman became a believer and then a pastor.

Under his ministry baseball player Billy Sunday was saved. He started preaching, and Mordecai Ham found salvation. Later, as Ham shared the gospel near his high school, a teenager named Billy Graham responded. Through him, nearly 2 billion people have now heard the message of salvation.

I also owe certain people a tremendous debt of gratitude for their spiritual investment in me. The first person to pass the baton of faith was my remarkable mother. She embraced life with both arms, loving people freely and initiating many family adventures. My brothers and I felt enjoyed, even celebrated, in our unique talents. Like the “giving tree” in the popular children’s book, she gladly sacrificed for us in so many ways. For six years she led my Girl Scout meetings, and always cheered with Daddy at my brothers’ football games and wrestling matches.  At the University of Louisville, Mother’s geology students would often seek her out for counsel. I remember lively dinner conversations with Nigerian students she invited over. Mother stayed involved in my life later on when things got hard. Her tenacious prayers and fasting over several years led to a 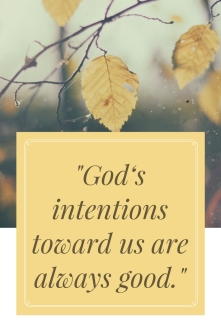 transformation in my life. Through her I felt God’s unfailing love.

Someone else from my family has also profoundly influenced me for God. My brother Bob, like Mother, believed in me and always saw the best. Bob put his heart into whatever he did, and loved people well.

“Only two things in this life will last — God and people,” he would say. Bob delighted in his family most of all, lavishing time and energy on them. Whether he was designing machine parts at work, seeding the lawn, or kayaking with his boys, he gave it his best effort. Joy percolated just below the surface, often emerging as a smile or joke.

This inner abundance didn’t disappear when he learned he had stage 4 cancer. “God‘s intentions toward us are always good,” he assured us. “Whatever happens, don’t blame God!”  Through an agonizing year he clung to his faith like a life raft. At home or in his hospital room, we often reminisced about family times and shared our favorite Scriptures with one another. The Lord was very near. Bob especially liked Isaiah 40:31. The last day we talked, he told us he’d be experiencing that verse first-hand, his strength renewed like an eagle.

God arranged an air show in October to remind me of Bob. Resting after hiking up a mountain, my husband and I gasped in wonder as a hawk gracefully curved and soared above us. Catching a ride on a column of air, or thermal, it hovered motionless in perfect calm a few moments. Then a sun dog appeared, a rainbow-colored patch in the clouds. Instantly I was back with Bob at his hospital window, marveling together at those ice crystals refracting the sunlight.

Life is unpredictable, and precious. How grateful I am for those who passed the baton of faith to me. They loved me so much I’ll never be the same. 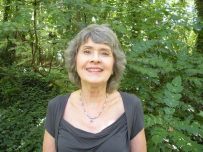 Mary Bowen writes and edits for Grace Ministries International in Marietta, Georgia. For many years her articles and poetry have been published in newspapers, magazines and anthologies. She has worked as a reporter and freelancer, and served as an editor with the North American Mission Board. 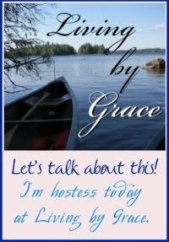 Let’s talk about it: Mary shared how key people in her life were so influential in her relationship with the Lord. Who has been influential in your life? And how are you intentionally pouring into someone else’s life so they, too, may experience the joy of salvation? Leave your thoughts here or over on Living by Grace. We’re here to surround and pray for one another through this life!