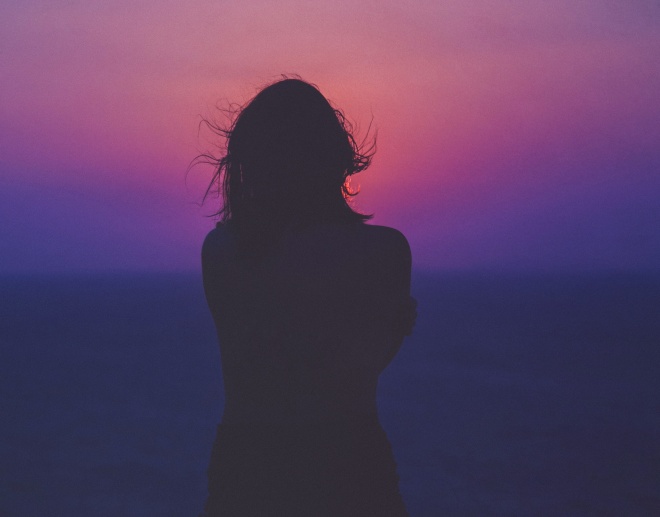 Image by Sasha Freemind on Unsplash

Is He still good?

Does He still love us?

Intellectually, we know sometimes bad things happen to good people, but sitting in the middle of chaos and catastrophe, doubts take hold.

A couple years ago, while on her first college coop, our daughter’s depression spiked. She did all the appropriate Christiany things. She went to church, read her Bible, meditated on Scripture, and prayed.

Just have faith, then your depression will go away.

Mental illness is a spiritual issue. If you’re close to Jesus, you’ll be happy.

Have Jesus, have joy.

It got to where going to church, the one place she was supposed to feel safe and find healing, increased her pain.

Made her feel less than. Insufficient. Unseen and unloved by her Creator.

But still she went, and one lonely Sunday morning, God met her there and gave her hope. Not that she’d get better, although with self-care she has. In fact, the sermon talked about times when God, for whatever reason, doesn’t intervene

or heal. But whether we see His hand or not, He remains.

His love is unshakable.

That Sunday morning, in the middle of her depression, God let her know that she was okay. That their relationship was okay.

That He held her and wouldn’t let go.

God doesn’t always act as we expect or even desire.

Imagine having given your entire life to serve Him, only to find yourself imprisoned and awaiting execution. Imagine the questions, the doubt, the intense inner wrestling.

The bursts of hope followed by crushing defeat and despair.

Just over two thousand years ago, a faithful prophet sat in a dark, dank dungeon. The stench of decomposing bodies, the cold that ate at his bones, wore down his courage and faith.

The man who first encountered Jesus from within his mother’s womb, who wept at the presence of the incarnate God, then a fetus. Who decades later proclaimed, with certainty, that He was “the lamb of God who took away the sin of the world” (John 1:29), the man who’d witnessed the Spirit landing upon Him like a dove and had heard the Father call Him His Son (Luke 3:22), feared, perhaps he’d been wrong.

Could it be Jesus wasn’t the long-promised Savior?

For surely, after all John had done, all he’d given up for the sake of Christ, God wouldn’t leave him in an ancient dungeon to die.

But as each day dragged into the next, without so much as a glimmer of light to distinguish them, John the Baptist’s certainty turned to doubt. In the confusion that can only come from deep pain, he sent one of his disciples to ask Jesus, “Are you the One who is to come, or should we expect someone else” (Matthew 11:3)

John knew about all Christ had been doing. Even more, he knew what He hadn’t done, and in that moment, the one unanswered prayer drowned out every miracle proclaimed.

But Jesus reassured him, not by promising his rescue but instead, by reminding him of who He was.

“Go back to John and tell him what you have heard and seen,” Jesus told John’s disciples. “The blind see, the lame walk, the lepers are cured, the deaf hear, the dead are raised to life, and the Good news is preached to the poor” (Matthew 11:4).

In other words, “I’m still good, powerful, present, and in control.”

Then, immediately, Jesus spoke to the crowds, “I tell you the truth, of all who have ever lived, none is greater than John the Baptist” (Matthew 11:11).

This was how Jesus addressed John’s doubt. Not with anger or disgust or rebuke. But with reminders of His power and affirmation of His love. 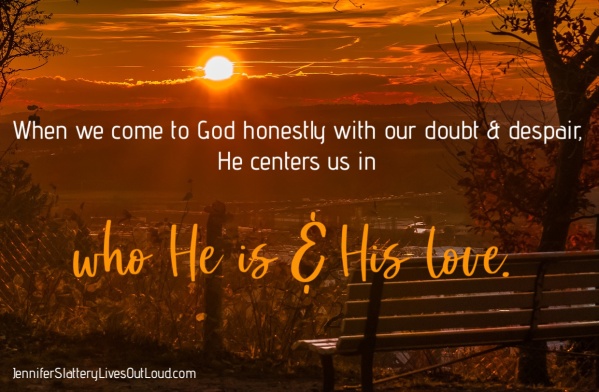 He responds to our doubt in the same way. God may not answer our prayers as we’d like. He may not rescue us from that difficult situation or bring long-desired healing. But when we come to Him honestly with our doubt and despair, He’ll center us in who He is and His love for us.

How might remembering those truths strengthen you for difficult situations? How can focusing on who God is and His heart for you bring hope in the middle of despair?

This week, at Wildewood Christian, we’ve been talking about remaining faithful through disillusionment. Whenever life

doesn’t play out as we’d hoped or expected, we can feel discouraged, defeated, and disillusioned. How might reminding ourselves of God’s love, often, help us during those times? If you’d like to watch the full session, filled with tips for weathering disillusionment periods with hope and grace, you can watch it on Wholly Loved’s YouTube channel HERE. If you don’t have the study but would like to grab a copy, you can do so for free HERE. You can pick up a print copy HERE.

And one of my favorite books: Thinking Right When Things Go Wrong by

2 thoughts on “How Jesus Responds to Our Doubts”